In this article we will discuss Sphero SPRK, which is a really modern robotic ball for kids. We all know that the world is evolving day by day and people need new advancements and innovation to make their and their loved ones’ life stable enough to make each day better. For this purpose, many new devices and gadgets have been developed which not only have brought positivity but also improved the way we live in our society.

The idea of SPRK is revolutionizing in its own way promoting the environment of education at a younger age. This amazing device designed by Sphero has made a remarkable change in this digital age. A robotic ball utilizing different sorts of mechanisms developed previously to control toys for teaching children as well as the adult is the device known as Sphero SPRK.

This device has been developed to make the children adapt the basics of coding and implementation of different computer languages. Almost a million units of SPRK has been sold in the year it was launched.

Bring children and parents to the digital age

The literal abbreviation of SPRK is “Students, Parents, Robots, and Kids”. This term is initially crafted to make children and parents aware of the new happenings of this digital age. There is an amazing application to operate this device providing students with a teaching platform. The best thing about this device is it can be used anywhere according to your feasibility and accessibility. It is one of the most gentle ways of introducing children to computer programming that can be helpful for them to have some prior knowledge and interest in the subject having the most scope and area to grow worldwide. 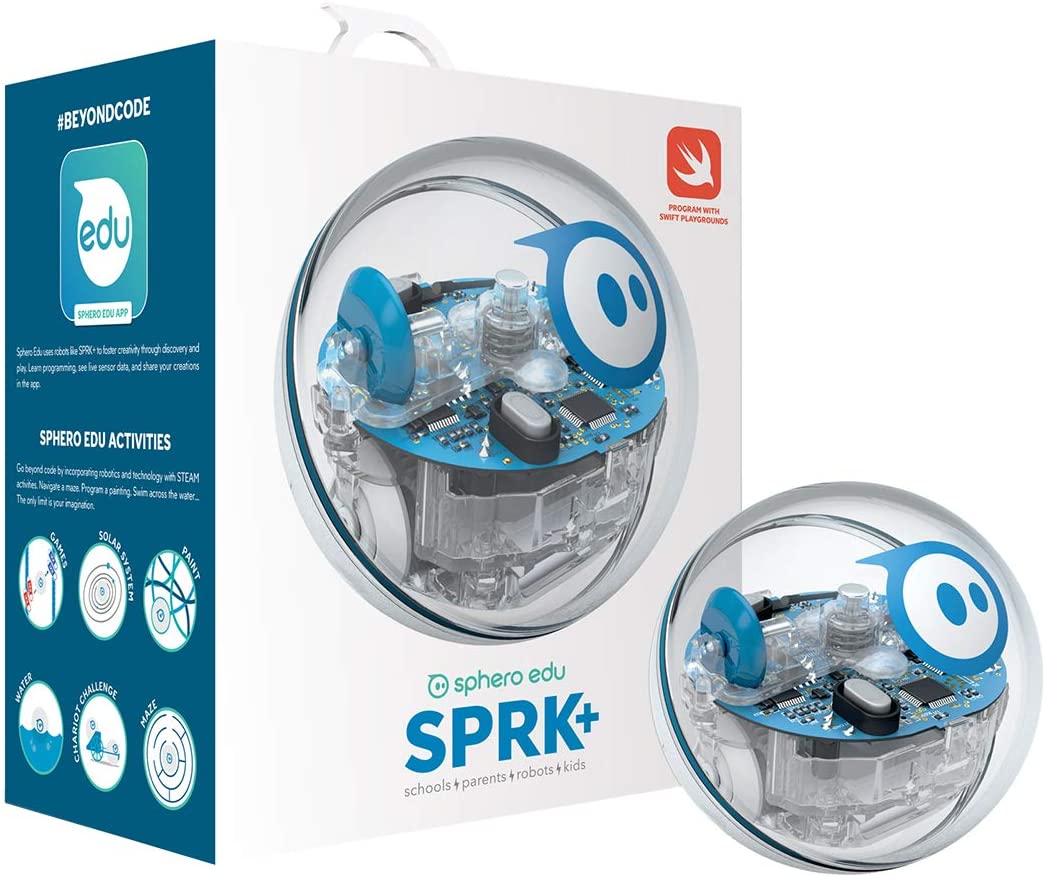 The design has been made specifically in sphere shape so that it can be portable enough to carry anywhere like a ball. It has a translucent casing that thoroughly moves to have essential control buttons, motors, and LED safely induced inside the sphere making it the strongest little robots.

Sphero has added an extra scratchproof structure with YV coating and design having rough treatment with shiny fending. It is very authentic for in-house testing having a washable body. All-in-all, it has a waterproof structure with a washable exterior without harming any built-in machinery so there will be no problem in operating it effectively.

Free driving
This will be the most fun for the kids as it simply lets you roam wherever you want with your Sphero. The LED functionality and the basic speed can be tested out here.

Sphero program modesBlock programming
It’s quite obvious that kids won’t find C++ very user-friendly so Sphero comes with a block-based programming language by the name of Scratch. Scratch teaches the language by single lines of codes and works with blocks, making it easier for the kids.

C programming
After mastering block programming, you should move on to C. If you have some knowledge about Arduino, the flow of the language will be quite familiar with you.

Draw
This is again just for fun as it involves no programming at all. The Draw mode allows the kids to design a path, and then the Sphero follows. This really takes the creativity of the kids to the next level as does not drown the kids in several lines of code. 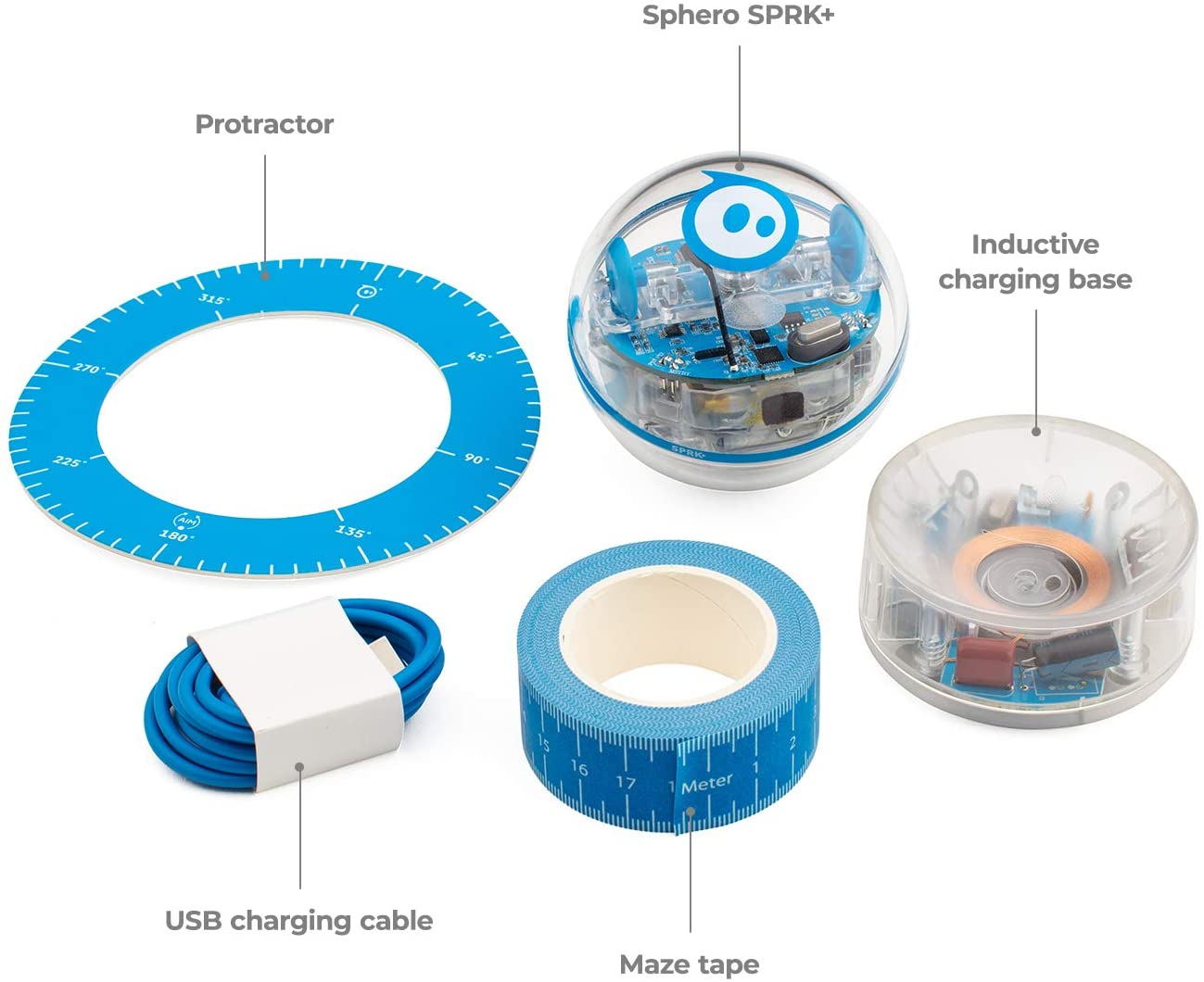 The main difference that sets apart the SPRK and the Sphero 2.0 is that the SPRK comes with a transparent shell whereas, the 2.0 had an opaque one. This clear shell allows the kids to see the electronics and the inner workings of the Sphero. Additionally, the inductive charging base is also transparent. This is a really nice feature to have as it teaches kids what really goes down in Sphero.

It shows the kids that it’s something they can understand instead of thinking of it as a magic ball. If you do decide to go for the Sphero 2.0 then you need not worry as you could look up a Sphero teardown to understand how it works. Images taken of Internals can also be helpful here.

Sphero SPRK also comes with an educational app but this app also works with Sphero 2.0 so it’s not exclusive to SPRK.

There’s also a difference in the packaging when it comes to the SPRK, including a protractor and a design notebook. Schools might not have use for the design notebook, but it’s a nice touch. 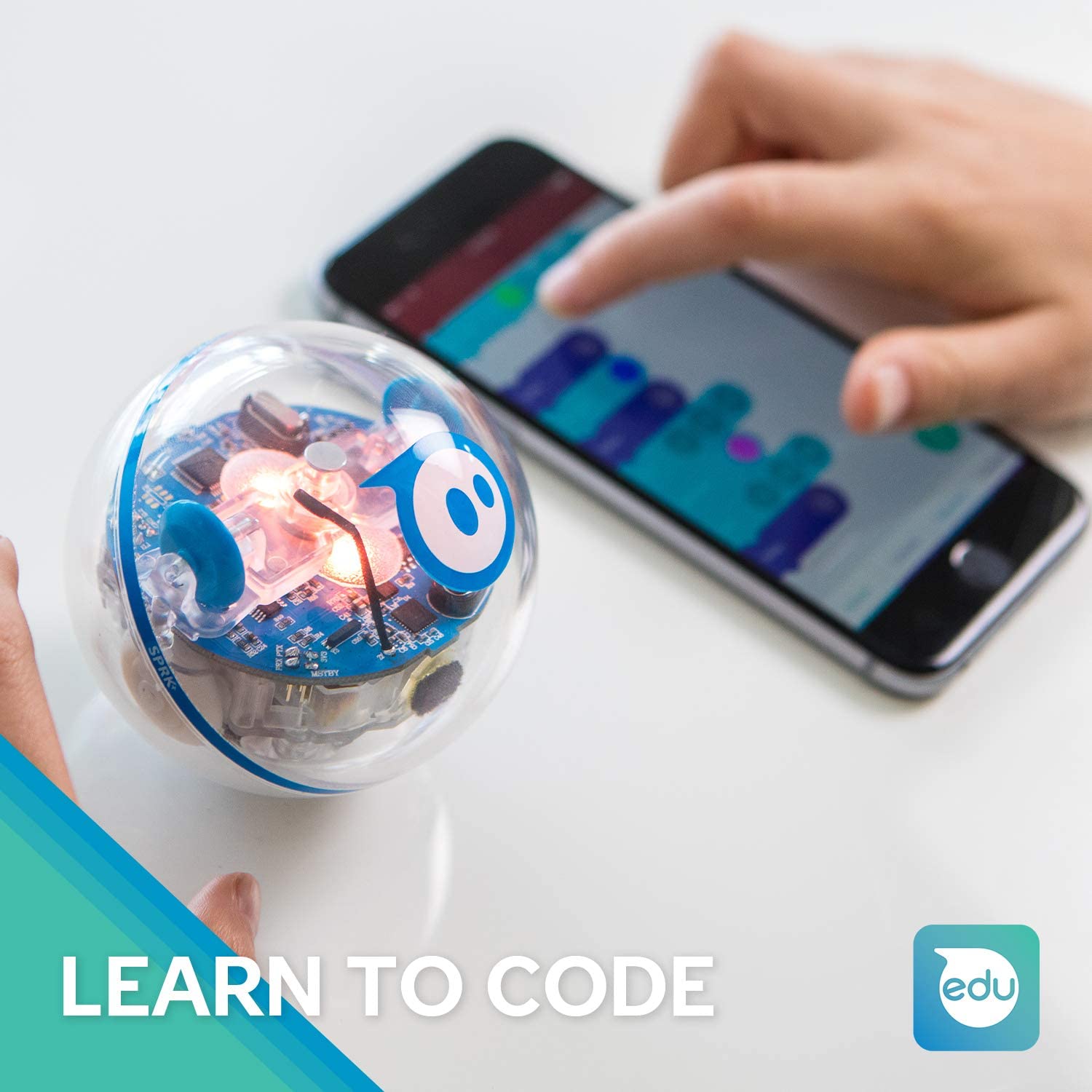 You might also want to read 8 Best Robot Vacuum Cleaners